Your station could be switched off

You may not realise it yet but your station is under attack.

iTunes, TuneIn and Stitcher have gone cold on supporting broadcasters with all having admitted (rather than announced) that they will no longer accept new stations, and any that fall off their systems may not be put back when you ask.

So the key platforms we have collectively relied on to connect with listeners are now fading away. If your stream fails and either of these two pick up on it – you’re off their network and their apps.

It could be that another platform will emerge to fill the gap, but there must be good (and as yet unclear) reasons for these three libraries to abandon broadcasters, so I wouldn’t count on it.

Some social media posters wonder aloud if this is a plan to squeeze out the small guy (and girl) to help the corporations.

Others believe they are deleting unlicensed stations, or those with low listener numbers, but I personally know of three licensed broadcasters that were kicked off TuneIn (but reinstated on appeal). And that doesn’t answer why these platforms are not accepting new stations.

So what are broadcasters to do?

In my view, station owners need to put more effort into their website so they become the go-to place for people to listen to their station on any device..

From what I can see there are two main issues with lots of the websites I have looked at recently.

1) They are confusing to navigate and finding the audio player can take 3 or more mouse clicks.

2) A lot of sites do not display well on smartphones – which is a huge failing given 80 per cent of people who view a website do so on a phone. Remember also that the smartphone is the new portable radio.

So it’s time to review your station’s website and make it really easy for visitors to click your Listen Now button. Ideally, it will launch a pop-up audio player.

You also need to look at your website using a smartphone, if there is a long load time or a confusing layout – you need to act now to fix it.

If you have a self-hosted WordPress site then there are 100s of options for you to select a more appropriate theme. Keep it simple.

Getting your website up to spec and putting in the work to increase its Google ranking will take time and effort (and constant ongoing refinement). But it can’t be ignored.

If you want a good book for help and advice then check out Steve Krug’s Don’t Make Me Think.

I’m a huge fan of documentaries and watched Corporate FM the other week. The 69-minute movie by Jill McKeever and Kevin McKinney sums up what happened to radio in the US following changes to media ownership law  in 1996 when companies were suddenly allowed to own as many radio stations as they could buy (with borrowed money).

The Telecommunications Act of 1996 relaxed rules on cross media ownership and Cumulus and Clear Channel (now iHeart) borrowed lots of money to buy up stations dotted across North America.

Then they had to start making repayments on these loans, and to do this they started sacking people at the stations they had bought to free up cash. Then they centralised their output so you now hear the same stuff across different frequencies.

On top of this, ad time increased and local bands, who relied on their local station for exposure, were left out in the cold. The doco says this is one reason why music hasn’t changed much since 2000.

In the movie you get to understand what the industry was like with local DJs playing local music and connecting with their community, and compare that to what we now have, not just in the US but in the UK and other countries too.

Well worth a watch, find out more at www.FMFilm.com – available on DVD and streaming via Amazon.

I was listening to a syndicated radio show the other day. I won’t mention the presenter’s name, but she has a nice […]

A fellow nightclub DJ showed me a painting an artist had made of him years earlier. At the time Dave and I […] 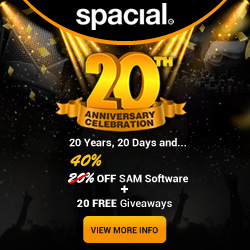